Everyone praised the way Blizzard listened to community feedback, as Asmongold said. This time, instead of focusing on another interesting aspect of Dragonflight's nerfing and sabotage of Soar, they're changing things up to re-release the 2008 game, Wrath of the Lich King Classic.

What happened with Warcraft 3 Remake, some of us are already experiencing PTSD, which ironically covers the same protagonist that Wrath of the Lich King tells. Still, the changes aren't all that bad. Jokes aside, let's discuss the changes one of the best MMORPG games of the time will receive.

The community hates the fact that the team locks for Icecrown Citadel, Trials of the Crusader, and the Ruby Temple you might have forgotten were changed. These raids used to have four different locks: 10-player normal, 10-player hero, 25-player normal, and 25-player hero. In WotLK Classic, there were only two lockouts for 10 and 25.

While this looks good at first, as players aren't obligated to do four different runs in a week, there's a catch. The biggest downside, at least for now, is that players will be forced to do normal or hero, and if they happen to get stuck on a boss, they won't have the option to switch.

Previously, a guild could easily clear half a team in hero mode and then clear the whole thing in normal conditions (even if their normal run meant they had to start with the first boss). Today, that's impossible because if a player gets stuck on a certain boss during their 10-man heroic run, it's that week's 10-man lockout.

Blizzard's idea is that people will do 25-player in their guild and 10-player in PUG (find a random group in the trade chat or LFG channel), which is a good way of thinking, but shifting The execution of other than the downtime that people are not forced to do is not the best.

Another thing related to raids on normal and heroic difficulty is that players won't be able to equip trinkets with the same name if they're from a different difficulty. While this will only affect the Crusader's Trial level, it's nice to see that there won't be a human warrior with a double death verdict destroying everyone in the arena and leading the ladder on all WoW Classic servers at the time.

Speaking of PvP, 2v2 brackets will be eligible for rewards, just like in The Burning Crusade Classic. In the original WotLK, there was no 2v2 achievement because it was difficult to balance. However, while the class balance in WotLK Classic won't change, Blizzard still decided to add achievements and rewards for the best players (Shadowmourne users *cough*). 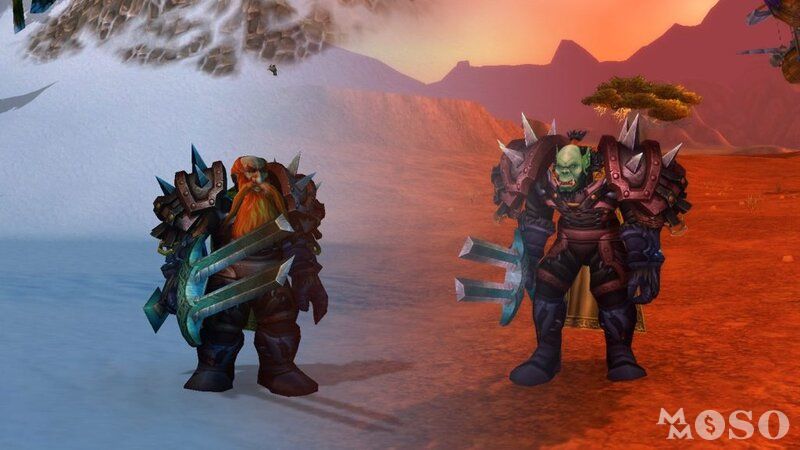 It's not Blizzard if they don't implement some feature that makes them money, in this case, it's a race and faction change service. While it won't be released in September, it will be in an upcoming patch.

Because of this, people wondered how achievements would work, as well as character-based mounts. While Blizzard may have the technology to implement this feature that everyone is asking for, achievements and mounts will stick to their roles as they did in the original WotLK. To "preserve the original behavior of the Lich King".

READ MORE: MMOSO WOTLK - What are some really good healers for WOTLK? Rankings

LFG will still be disabled

One feature many people seem to hate in WotLK is finding groups, the precursor to the modern dungeon finder. Blizzard stands by what they said a few months ago, that LFG will not be enabled in WotLK Classic, and that for players to find groups, they will have to use traditional bulletin boards.

While this feature has some downsides, it also has plenty of upsides (unlike the team finder, which wasn't supposed to be made), and a lot of people seem to want it back. Why? Because finding a group for a dungeon on LFD is more convenient, not only in terms of time, but also in terms of not having to deal with people looking for unreasonable requests to join their group.

We sincerely hope that Blizzard will change their views on these changes before the WoW WotLK Classic release date of September 26th. For those eager to play the most popular Warcraft expansion again, the WotLK pre-patch went live on the PTR on August 4th, so we might see it go live on August 16th.

MMOSO will always provide useful guides and news for the majority of WoW players, you can bookmark the page to check it at any time. When you need WoW Wrath Classic Gold can also be traded here, our prices are based on market prices, and will be lower than average, so as to give users the greatest discount. It is our aim to serve every user well!