World of Warcraft players should know that engineering has always been one of the staple professions. This profession that uses rocket boots to give players a speed boost, parachutes for fall speed, and many other benefits of mobile pits, goggles, and many more have always had its niche.

This type of benefit can be very well anticipated in the release of WotLK Classic, with a plethora of new recipes available for learning and items crafted by engineers, which have also been well proven in beta. MMOSO has carefully written this in-depth guide to engineering in WotLK Classic for the majority of players. 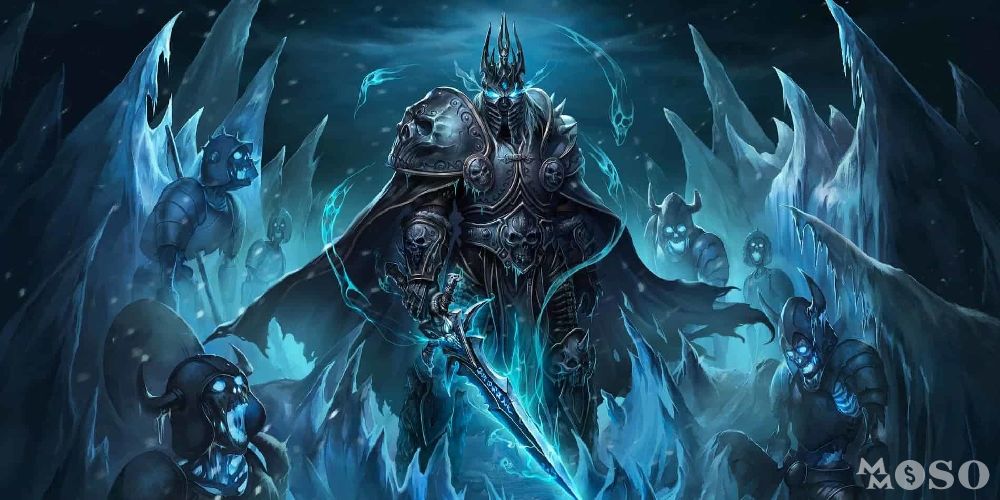 Engineering is one of the more popular professions, and each expansion brings something new and exciting to the player. Unlike blacksmithing, leatherworking, and the like, this is a profession that not only provides gear, but also small unique items.

In this guide, we'll take a look at what the class has to offer in the upcoming WotLK Classic expansion, provide an upgrade guide from Vanilla to WotLK, and list some recipes that will be highly sought after in the new expansion.

What does engineering offer in WotLK Classic?

Once WotLK Classic launches, there will be a plethora of items and other features that will benefit players. First, players can benefit from a lot of gear, especially at the beginning of the expansion. These include weapons such as the Armor Plated Combat Shotgun or the Nesingwary 4000, as well as Epic helmet pieces such as the Armored Titanium Goggles, Greensight Gogs, Visage Liquification Goggles, Weakness Spectralizers, and more.

In addition to gear, players can create many interesting or useful items, as mentioned earlier. These include mounts such as the Mechano-hog for Horde and the Mekgineer's Chopper for Alliance, projectiles for the aforementioned weapons such as Saronite Razorheads, Mammoth Cutters, or the ever so beneficial mobile mailbox, MOLL-E, and mobile repair, Jeeves.

How to level Engineering in WotLK Classic?

Unlike players in Tailoring or Enchanting professions, where materials are hard to come by since they don't have a mining profession to benefit them, Engineers can use mining as a great and economical way to improve their skills.

Knowing that it can be fairly simple, as players can mine nodes for the materials they need, thus completing the process.

Below is the approximate material for upgrading the WotLK Classic project. This includes materials from Vanilla, TBC Classic and WotLK Classic.

Here's how to use the materials to level Engineering.

All three will be required for future engineering leveling. You need to focus on crafting 60 Fel Iron Casting, 200 Handful of Fel Iron Bolts, and 40 Elemental Blasting Powder.

In order to craft White Smoke Flares, players need to purchase its recipe. There are four NPCs that can be purchased from Wind Trader Lathrai in the Lower City of Shattrath. Additionally, it can be purchased in two new faction major cities:

Yatheon in the Horde's Silvermoon City

For Green Smoke Flares, players can visit Federline Swiftspear at the Cenarion Refuge in Zargarmarsh, and if friendly with the Cenarion Expedition, they can buy the recipe.

The NPC is quite hard to find, so here are some coordinates that could help find him:

You will need approximately 50 Handful of Cobalt Bolts and 24 Volatile Blasting Trigger later on. Making all of these should get you past 375 at 377 from 350 if need be. If already at 375, make them anyway as they will get you at 377.

377-385: Overcharged Capacitor (40x Cobalt Bar, 10x Crystallized Earth). Like the two items above, you will also need these.

This item is green starting at level 445, which means you have to craft a lot of them for a few points. Also, for the last two points, the player can create a wormhole generator: Northrend (8x Titanium Bar, 2x Eternal Shadow, 2x Eternal Water, 2x Eternal Fire, 2x Eternal Air) and an epic engineering helmet of your choice.

Recipes to look out for in WotLK Classic

As mentioned at the beginning of the article, engineers can look forward to crafting a lot of armor and items in due time. From weapons such as the Armor Plated Combat Shotgun or Nesingwary 4000 to mounts such as the Mechano-hog for Horde and the Mekgineer's Chopper for Alliance.

That being said, here are some to look out for and where to find them.

Drops from Library Guardians in Storm Peaks - can be found around the (37.5, 45.0) coordinates

Purchasable from Gara Skullscruch at Warsong Hold in the Borean Tundra or Sebastian Crane at Vengeance Landing in Howling Fjord.

All of the above was learned from Timofey Oshenko at the Magus Commerce Exchange in Dalaran or any of the Engineering trainers in select locations.

MMOSO has WotLK Classic Gold for Sale. You can check the guide and Buy WoW Classic WotLK Gold here. We will give a cheap and reasonable price according to the market price. We will also continue to update the WotLK guide, please follow us!