​What will you meet in Diablo 2 Resurrected: Act 3

As you defeat the final Boss Duriel of Act 2, a passageway appears. After rescuing Tyrael, you are returned back to the town by waypoint, talking with Jehryn to finish this portion. The man Meschif you found will take you to the Kurast Docks. Then you are formally into the Act 3. 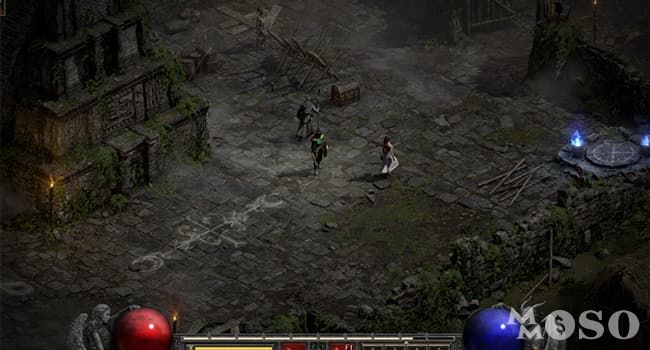 There is a blacksmith Hratli in front of you when you are in the Act 3, talking with him, he back to his position. Remember him because you will trade with him and repair the items by him. The resist of gear in Act 3 is relatively essential. Some magic equipment with low level can be ignored, but you can pick charms in case it is helpful to you if encounter. In addition, it is necessary to put two bottles of antidote in your inventory.

How to trigger Quest 1: The Golden Bird and complete it?

The first task need you to leave the town. You will come across Lonely Wanderer. Do not attack him until he vanishes soon. He will leave a group of Flesh Beasts. You can kill them quickly. Go on crossing the wilderness, a Unique or Champion monster you will meet. As you killed one of them, Jade Figurine will be dropped. Taking them back to town and give it to Meschif, you will get Golden Bird from him. Then taking the Golden Bird to Alkor, he will send you an elixir called the Potion of Life that gives you a permanent 20 extra HP, so drink it now.

How to complete Quest 2: Blade of the Old Religion？

We are combining these two together because you'll finish the second quest while working through the third. The third quest is introduced in the following news. First you need to go through Spider Forest to the Flayer Jungle walking along the the edge of the map. Making your way to the Flayer Dungeon within the Flayer Jungle, if there are stone pillars, just enter in it to see. Branch roads might be Flayer Dungeon or waypoint.

Before finding the Flayer Dungeon, we can find the icon of Gidbinn on the map so can Flayer Dungeon because Gidbinn and Flayer Dungeon are in the same area. Click on the Gidbinn altar and a group of monster will appear later. Kill them and get the Gidbinn. Then give it to Ormus to get a ring. The items level of the ring is fixed, so you don't need to upgrade its level to hand in tasks. Meanwhile, you can hire Iron wolf from Asheara.

These two tasks are not so difficult. Remember to prepare some D2R Items such as antidote. Of course, it's crucial to prepare some items resist. To increase gear's modifier, you can use D2R Runes. if you want Runes, web mmoso.com can get them. I believe you will pass the Act 3 soon.