One of the most mysterious items in PoE is the Kalandra Mirror. It is the rarest form of PoE currency, and also the most expensive. Players have always wondered who Kalandra is and what she means in the game. This extension will give us some reflection. Expect more questions than answers to sprout from what will be revealed in this expansion.

Throughout the league, exiles will encounter a set of pillars with a mirror tablet on top - this is how players travel to the titular lake. The mirror on top allows them to customize their encounters and fights. After passing through the mirror, they can fight the reflection of past things in Wraeclast.

The deeper they go into the lake, the more challenging the fight becomes. Of course, this is directly proportional to better rewards. Players must weigh risk and reward to a satisfactory level. They shouldn't make things too hard or they won't get anything. Pursuing something too easy can make the prize worthless; striking a balance is the best way to go.

The tablet allows players to switch between entrances and rooms to control the difficulty of the encounter. Afterwards, they can change the options available, and even banish an option so that it doesn't appear. It's tablet based, so if a different tablet is used it will show up, but it's a nice ability to avoid the worst.

Players will receive rare jewels and a chance to choose between two mirrored items. If a mod is positive on one accessory, it is negative on the other. They are also much higher in size than usual. Sometimes you can also mirror stats on one of the devices. However, it only works on rings and amulets. Players can also bet on whether it is possible to increase their item's valuable stats or leave it as is.

When the final stage is reached, mirrored tablets are itemized for future use and PoE transactions. Additionally, there are microtransaction rewards for those who try to complete Challenge Leagues. This is the only way to get these rewards, so players must take their chances to get them. 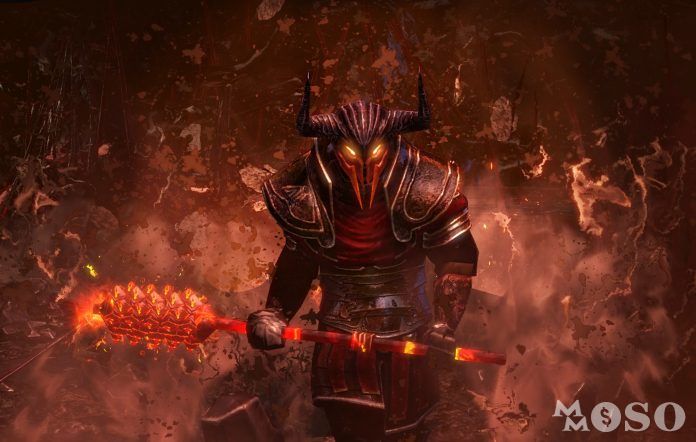 Everything New in Lake of Kalandra

There are four new skill gems available in the expansion. The first is the electric field, a gem of intelligence. It provides a buff to the equipped character, increasing the chance to electrocute enemies. If an enemy is debuffed while the buff is active, a spherical electric field will appear centered on the target. The area will strike creatures within its radius with lightning. The strength of the field depends on the force of the shock that generates it.

The second is the Lightning Conduit. Lightning strikes every electrocuted enemy within the player's target location, then removes the status. Spell cascade and Unleash do not support this gem.

The third is Overcharge, a support gem. It gives an attack that hits an enemy a chance to deal with a shock, but also slightly reduces the damage done by the attack. Status, though, made up for the loss.

The fourth is the alchemist's mark, the gem of agility. The Alchemist's Mark curses and marks a single enemy. Hitting them will charge your flask and create a danger zone around the target. The type depends on the state caused by the attack. There are two, one for ignition (burning the ground) and one for poison (corroding the ground). Damage modifiers do not affect the damage of ground effects, and only one marker can be active at a time.

Without going into too much introduction, some older content needs to be updated. Archnemesis, Beyond, and Harvest have rebalanced and modified their mechanics. Mainly monster spawns and mods they can get. There will also be some changes to the Harvest production process.

The Sacred Orb will be the source of the Meta Pattern, not the Sublime Orb. GGG has made Divine Orbs even rarer in this regard, and will change the 6-link trade to give 20 Fusion Orbs instead of Divine Orbs. This way, players can craft their items more often. It also makes unique items with good stats more valuable.

Unique things get reworked because when you get them, most of them feel boring; updates will make them rarer and rebalanced. There's no change to higher-level uniqueness, but the developers are considering it in a future patch.

Fated Uniques will no longer drop as most of them have been merged with their standard versions. There were so few left after the second batch merged, so the developers scrapped the entire system. Not sure if this feature will be restored in the future.

The above has resulted in some Atlas passive clusters being removed from the game entirely. Some new quests will be added to make master quests easier to find.

This is followed by a series of balance updates to Defense Abilities, Skill Gems, Minions and Ascension. Many players take combat seriously, and this should solve some of their problems.

Atlas Memory will be a new permanent feature. Players will sometimes find a memory item that contains the past and memories of a specific NPC. Successive maps get harder, but have better rewards.

Some unique get shinier versions. No stats or features have changed; it's just a cosmetic difference.

The Judge Master is back. Find and fight him in the unique Tower of Trials map.

In this case, buying or crafting items will take items from your stash and any other available stash tabs. After that, it will pull currency from your Currency Affinity storage tab, then the Currency Stash tab, and finally your non-professional storage tab on the far left.

Incremental fixes and improvements to sound, art and ambient effects.

Finally, there are some common bug fixes and some QoL updates.

As revealed by the producers of Path of Exile, Grinding Gear Games will be making more adjustments to the Calandra Lake content to reduce the difficulty of the new Challenge League. These changes include limiting the number of Archnemesis mods that certain rare monsters spawn, as well as improvements to minion survivability and, where appropriate, reducing the damage they take from monsters. These changes are in line with the team's design philosophy to ensure that league content is not overly difficult compared to non-league encounters.

MMOSO is a safe trading place, also game items trading, so there are many users, and there are good reviews. You can buy POE currency at MMOSO with confidence, there will be customer service to connect with you, they can help you solve any problems, and they are professional. If there is a wrong purchase, don't panic, you can discuss it with customer service, and then return the order and place a new order. Before the currency reaches your account, the transaction security is borne by MMOSO.