The Madden NFL 22 update provides a new scouting function for the franchise mode and the addition of a ranking mode function in The Yard. Players can add this on Google Stadia, PC, PS4, PS5, Xbox One, Xbox Series S and Xbox Series X Two functions. 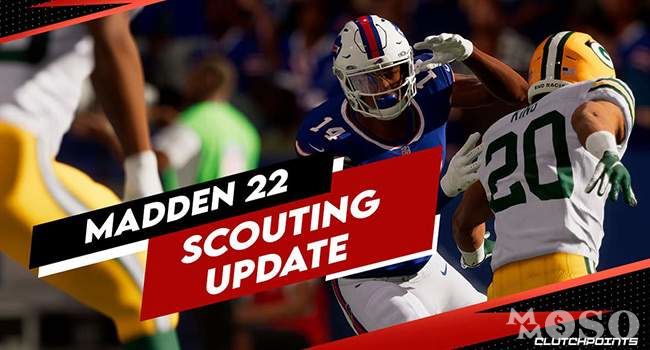 Among the two newly added features of Madden NFL 22, the new scouting feature is very popular among players. It will provide players with:

News content that will move players up or down the media big board, impacting draft stock

It is worth reminding that to use the new scouting feature, you need to restart the franchise and choose to start or continue your franchise game.

Starting your scouting experience from the first week of the Madden NFL regular season, you will see the current draft class logo on the National Region of the Region Breakdown map, analyze its overall strengths and weaknesses, and make further plans. You can hire, fire or redistribute scouts to ensure their maximum value.

Each prospect has key percentage unlocks along the way:

100%-All player attributes and true talent range are revealed

In addition, MMOSO will also provide players with the Madden 22 Coins service. If you are in a hurry, you can go to MMOSO.com to Buy MUT 22 Coins quickly. We support 24/7 online services and fast delivery. Come now!