Animal Crossing: New Horizons live broadcast will start at 7 am Pacific Time / 10 am Eastern Time on October 15th. The 20-minute demo will detail the new content in the November update, including the return of the fans' favorite barista, Brewster. 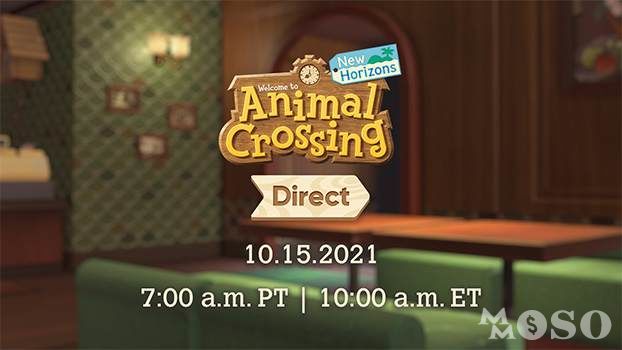 Players can watch Animal Crossing Direct stream on Nintendo's official Twitch and YouTube channels. MMOSO will also remind players during the subsequent live broadcast, so you can bookmark the MMOSO homepage to avoid missing exciting content.

Animal Crossing Direct will provide more information about the November update of New Horizons, especially Brewster. The updated New Horizons will provide a new entrance to Brewster's Cafe The Roost in the museum. This is also the first major content update for the game since July.

In the Twitter comments of Animal Crossing, we can also see the active discussions among fans about Brewster. Everyone has their own different opinions. On the whole, some people are optimistic about this update, and some people do not think that Brewster is coming. What will change, as for the final result, leave time to wait.

In any case, we are looking forward to the big update in November. After all, there have been no new incidents on the island for a long time. Maybe other new features and items will be introduced after the update. At that time, MMOSO will also follow the official update and list new items to protect it. Players have the latest ACNH Items in time.