Diablo II Resurrected was officially launched on September 23, and many people have already joined the game. This remake of Diablo 2 supports PC, Xbox, PS4/5, and Switch platforms. For both old and new players, this game is a process that needs to be studied slowly. Although a lot of the content is basically unchanged, if you want to continue this game, you need to watch the guide while playing the game. Here is what you need to know and prepare for entering this game as a novice.

What computer configuration do I need to play Diablo II Resurrected?

What profession should a novice choose to quickly clear the customs?

There are 7 occupations in total:

Amazon women warriors are masters of javelin and bow control.

Assassin is a member of an ancient Fasgelli organization.

Necromancer is in charge of life and death.

Barbarian is a homeless wanderer with a strong Kong Wu and a stout body.

Paladin's firm belief is its weapons and shields.

Sorceress can activate fire, ice, and lightning spells from a distance.

Druid takes care of nature in the wild.

Among them, when I just played this game and didn't even have pants with bare butts, the three professions that are the most friendly to novices:

Necromancer (Summoning route skills, the easiest way to play at the beginning is no brain, but when you play, you will fall asleep, and hell will be sad if you don't have good equipment)

Mage (takes the skill of the ice and fire spell route, has been drinking blue water in the early stage, requires operation skills)

Paladin (so-called pro-son, the early skill mainly uses the holy fire, and later turned into the blessed mallet. The blessed mallet is unspeakable and uncomfortable when it hits) 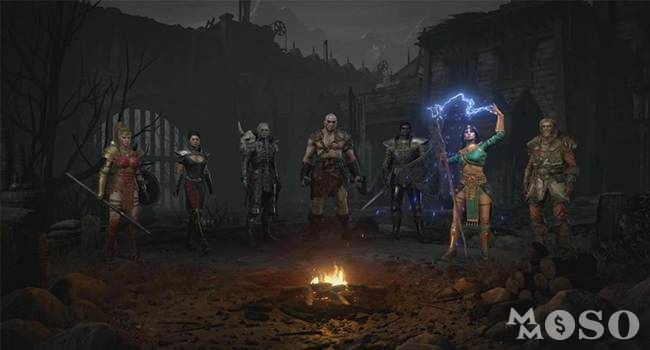 What do new players need to know?

In the game, players can get Diablo 2 Resurrected Items by killing mobs and bosses, including gold coins, potions, and gear. If players want a stronger character, in addition to having good gear, they also need Runes. After equipping Diablo 2 Resurrected Runes, the attributes of the game character will get bonuses, and different collocation schemes will get different effects. In a later article, I will introduce some Runes collocation solutions.