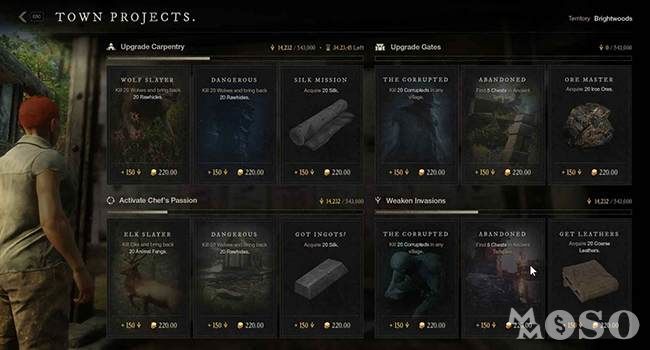 The bug that caused the player's property tax to be canceled as part of the housing discount will also be resolved, and any player who buys a house before the UI is repaired will receive 2000 coins as compensation.

Patch 1.0.4 removes the Everfall starting beach, which means there are fewer places for new players to appear, which increases the chance of friends spawning together.

Patch 1.0.4 will also re-introduce Outpost Rush, which the developers say will help the economy of the new world.

There are also fixes for some NPCs not being generated correctly, and the issue of players losing their homes in Cutlass Keys.

Although players will encounter many difficult-to-control problems in New World, they must use New World Coins to survive in the game. It will help you through the difficulties at any time.

New World Update 1.0.4 will solve the problems that affect the war. If you want to win in the war, hurry up and Buy New World Coins at mmoso.com to quickly end the battle and get more loot.