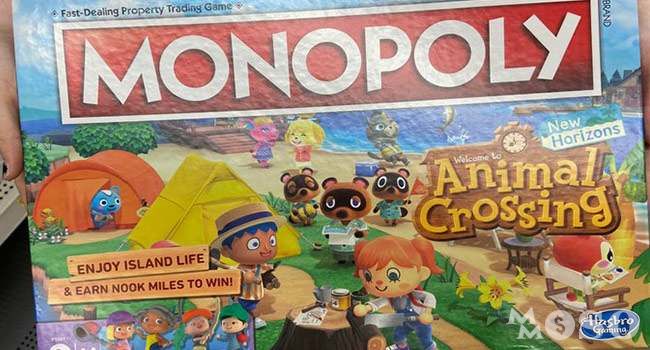 The Animal Crossing: New Horizons Monopoly game was discovered by Reddit user u/calysunflower on Walmart. Users mentioned that they found this board game at a local Wal-Mart and kept posting pictures of the game, which surprised the players.

These pictures show us a lot about what we get in the game. In these pictures, we can see a lot of things about Animal Crossing. The characters in Animal Crossing have unique and stylish costumes, chance cards, decorative cards, and Nook Miles cards, as well as various bugs and fish. The resource chip also contains fossils, fish, butterflies, etc.

This is the only content about Monopoly. the game has been listed on Zatu Games in the UK and will be launched soon. The official announcement about Animal Crossing: New Horizons Monopoly has not been received yet. Interested players can go to the local Wal-Mart to check, maybe you will be as lucky as Redditor.

Animal Crossing has just entered July. The islands in July are full of festive and romantic atmosphere and surprises. It is worth the player's time to dress up. If you are a casual player, you can Buy Animal Crossing Bells or other ACNH Items from mmoso.com to help you improve the efficiency of the game and enjoy island life better.