Old School RuneScape launched a cross-platform function on the 8th anniversary of the launch. Steam players can also play Old School RuneScape, and this does not affect players with existing accounts, because the platforms are interoperable. I believe this move is a long-awaited move by many players and Steam users like the addition of OSRS. 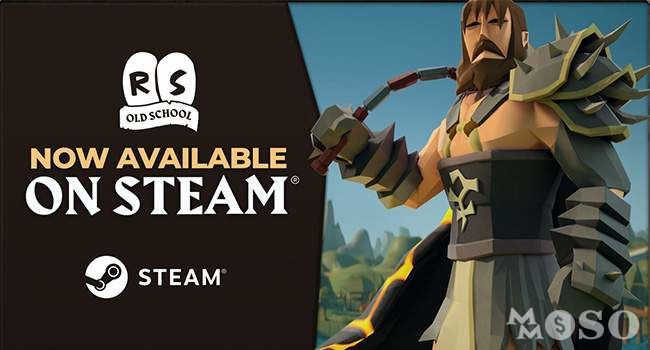 When playing games on Steam, players can use the existing Old School RuneScape Account, if you are a new user, you only need to log in with your Steam account. It has cross-progress and playability, so you can transfer the saved content to other platforms, and you can also play with friends on other platforms.

Old School RuneScape is still divided into free and paid versions on Steam. But for ordinary casual players, the free version has enough space for exploration. If you like to collect Steam trading cards and upgrade your Steam level, OSRS is also a good choice.

Old School RuneScape can now be downloaded on Steam. It arrived on Steam itself as early as October. Elsewhere in the RuneScape space, developer Jagex was recently acquired by The Carlyle Group, a private equity firm. According to reports, they intend to speed up the studio's content creation and launch new games. Let us wait and see.

The release of Old School RuneScape on Steam will not only bring freshness to Steam players but also OSRS itself will become more active due to the participation of Steam players. If you are a casual player, I recommend that you Buy OSRS Gold from MMOSO because we provide a lot of game help on Steam, so that players can enjoy the unlimited fun of the game even if they don't have enough time in the game.