Animal Crossing: New Horizons 1.11.0 update brings back the August weekly fireworks show and introduces another batch of new seasonal items to the game. According to reports, the update also includes another introduction to Brewster's cafe, which indicates that this lovely barista will soon appear on the island of New Horizons.

Brewster's cafe The Roost has always been a staple of Animal Crossing. It was originally located in the museum and expanded into its own independent building in Animal Crossing: New Leaves. Strangely, it has not appeared in New Horizons since the game was launched in March 2020. 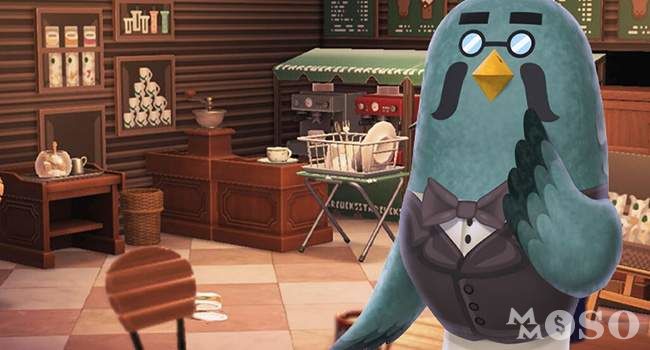 This update is the first patch New Horizons has received since April. The new items it adds to the game include boba and cotton candy, and players can get rewards from Redd's sweepstakes during the weekly fireworks show in August. In September, Nook Shopping will also provide moon cakes and dango and other moon-viewing foods.

New Horizon's update seems to have slowed down, this may be Nintendo's to present more creative and exciting content. MMOSO also provides the latest ACNH Items For Sale in order to better experience this update.

You don't have to worry about what you will miss due to the busyness of reality. MMOSO has prepared everything for players. Perhaps you will experience a more exciting island life than professional players. Both Animal Crossing and MMOSO just want to let players relax and enjoy the game time.