With the advent of March, Animal Crossing: New Horizons also runs its first anniversary, which also means that the content of the released Animal Crossing: New Horizons is now back in the game, if you missed it a year ago After the collection of certain creatures, now there is a chance to better complete the collection of fish and insects, and the unique seasonal items that are missed can also be made up this year. 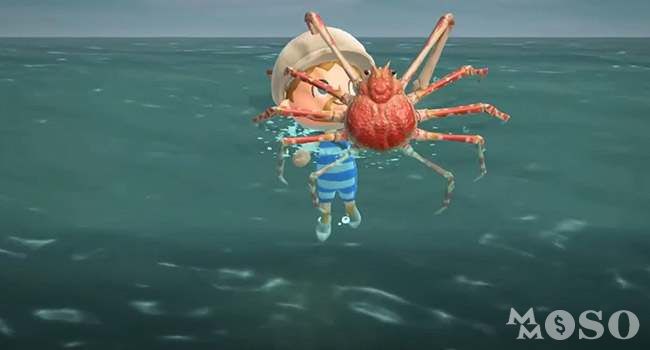 For players in the northern hemisphere, the creatures on the island will change a lot. But fans are most interested in the new marine life in Animal Crossing: New Horizons in March 2021, because the game did not provide deep-sea diving when it was first released. Now, Animal Crossing: New Horizons players will be able to capture a new kind of marine life: spider crab.

The life of some plants will also be reincarnated in the new year, just like bamboo trees. Bamboo trees can usually be found on the mysterious Journey Island where the player travels, and then they can be transplanted to their island and replanted. Bamboo itself can be harvested from trees to make unique items. It is worth emphasizing that most plants have seasonal characteristics, so they should be found as early as possible.

As a popular game worldwide, Nintendo has been able to provide free content updates for a whole year and may use a more powerful DLC: New Horizons in the future has a paid expansion, but at least not now because there is no sign Shows that Nintendo has this plan. So everyone can still play for free.