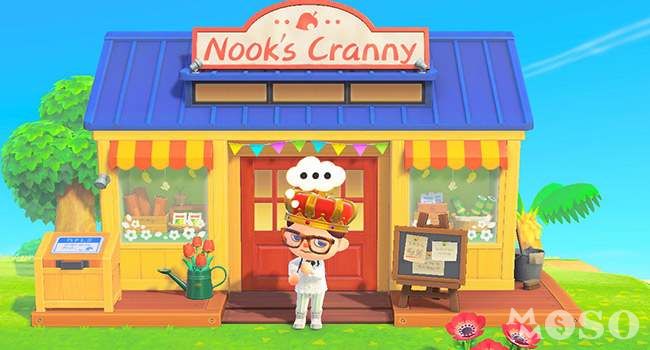 Player Katemonkey recently discovered that if the player has been sitting on the ground before 10 pm, they will not be taken away from the venue. Whether players can last all night until the store opens again, we have no way of knowing, because doing so requires a lot of time and patience, but there will always be players who want to try.

Timmy and Tommy have been running Nook's Cranny for a long time. Players have been attracted by their cute images in the Animal Crossing series. You can't refuse a cute and polite little animal's smiling service to you. But there are also players who are disappointed because they have the treacherous characteristics of merchants. The civet cat is sometimes compared to a crime boss, and even called outright evil because of some of its actions.

Although such bugs do not affect the normal operation of the game world, we can only see them helplessly looking forward to the player's departure. But this may give Timmy and Tommy more thinking. If there are ACNH players who dare to spend a whole night in Nook's Cranny, maybe we will see another character of Timmy and Tommy.

If you are also dissatisfied with the NPCs in Animal Crossing, do not want the materials you have collected so hard to be purchased cheaply, or do not want to buy the items you need at a high price, then you can buy Cheap ACNH Bells or Buy ACNH Items directly from MMOSO, we will sell you everything about ACNH at a lower price than the market.