To know why this is said, we must first understand what a Steam card is, and then teach you to know the Steam badge 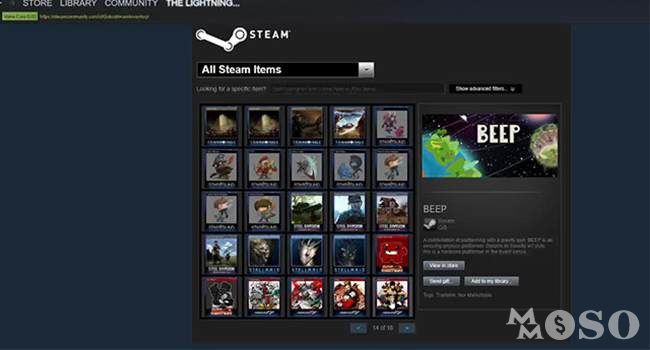 The Steam badge system includes two major badges. One part is the community badge that contains community growth tasks (including account registration years and the number of games in the game library), and the other part is that the games in your game library can be Badges obtained. These badges can all be displayed in personal information.

Most production teams on Steam will issue a card system simultaneously as the game is on the shelves. As long as the player plays the game, a fixed number of cards will be randomly dropped. Because the card will only lose half, you have to go to the steam trading market to buy the rest or ask a friend who already has this card to give it away.

Cards can be used to synthesize game badges. In addition to specific holiday badges, general badges can only be synthesized 5 times. When synthesizing badges, the game-related Steam space background and chat emoticons will be randomly dropped.

Whenever you get all the free cards for a game, you may get the game's booster pack (you will get three cards for this game after opening it). Card background expressions can be broken down into orbs to make card supplement packs, allowing you to exchange orbs for cards.

Collecting a set of cards in a game can get 100 experience, an expression, a background, and a coupon (summer and winter promotions will become event cards). You can continuously synthesize cards to improve your Steam level.

In the eyes of some players, the Steam level does not affect, but experienced Steam players attach great importance to the Steam level. To be able to embellish your Steam page with countless dazzling badges, dazzling cards, and levels that represent the status of game masters, you not only spend money on games but also collect more cards.

But what if you want to upgrade your Steam level but don't have enough time to play the game? Then you can use the Steam card trading platform such as MMOSO.com to quickly upgrade. There will be a large number of coupons when the card is synthesized. This happens mostly between games in a big game. When a game card is synthesized, it will give you a coupon for another game in the same factory, and the discount is still relatively large.